I love old radio cabinets!  Who wouldn't?  They have such great detail and they can be made into so many useful things. This radio cabinet was in need of a rescue.  It had some severe water damage, but it can be saved! 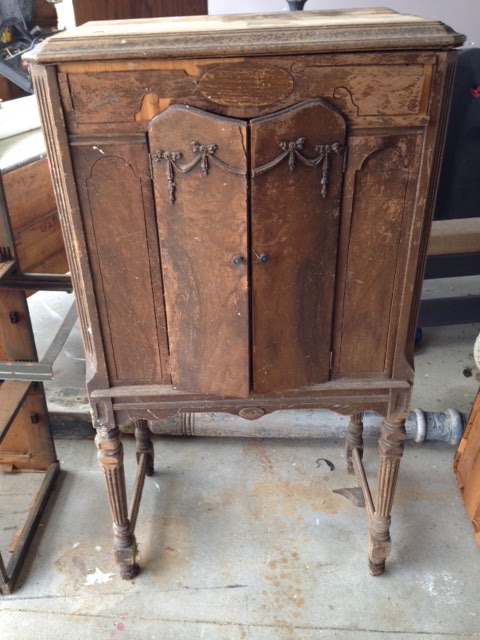 This poor thing.  The top was cracked and all that veneer was already long gone.  The front had lots of veneer peeling.  The doors wouldn't close, and the base was wobbly because some of the feet were deteriorating. 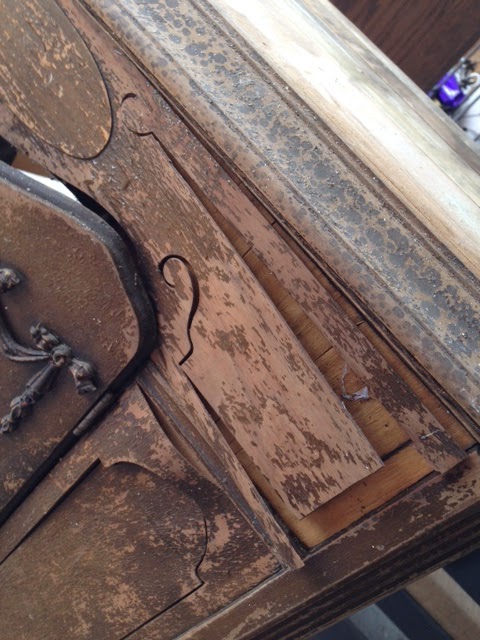 Take a closer look at the veneer.  Instead of peeling it all off, like I normally do, I glued it back on.  I wanted to keep as much of the detail as I could. 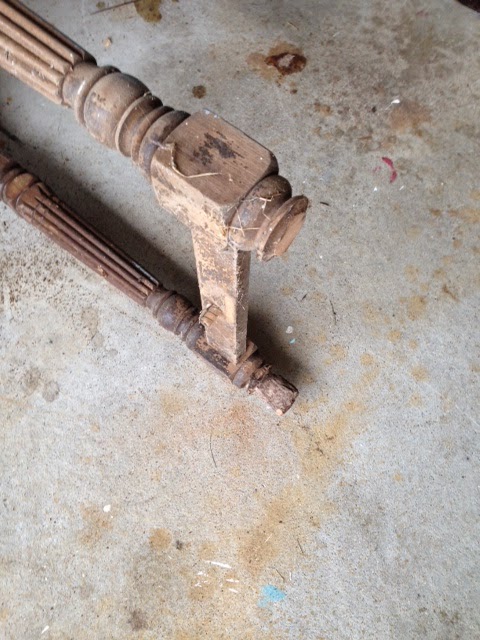 While the cabinet was on its back gluing the veneer in place, I decided to shorten the legs by cutting off the ball at the bottom which was not in good shape.  You can see the top one I already cut off. 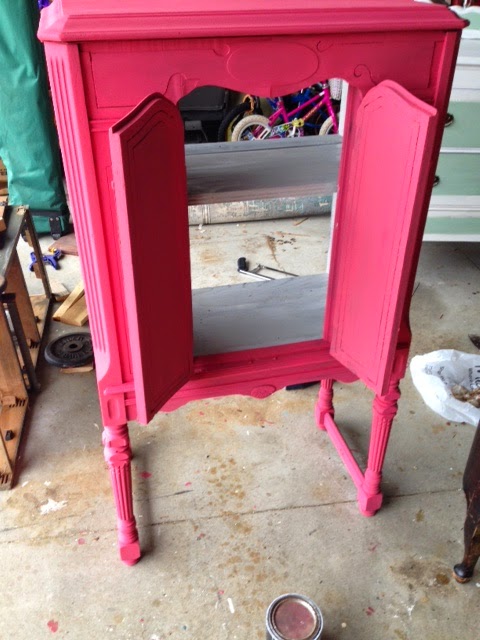 I decided to go bold.  This color is from Martha Stewart's new vintage paint line.  It's called wagon red.  On this piece it finished with a tint of pink. 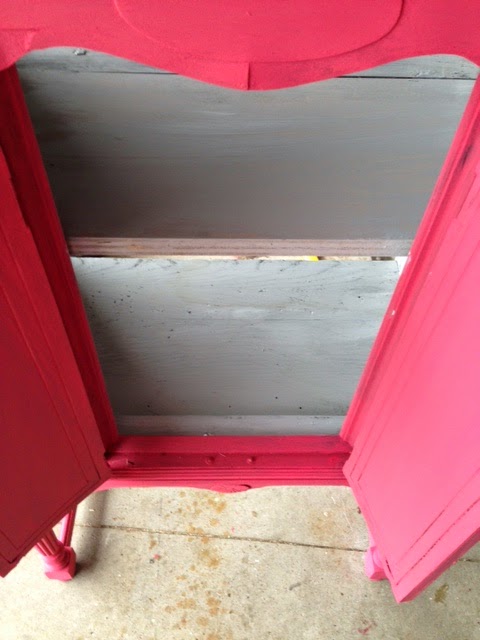 I added a shelf on the inside and painted it a pale grey. 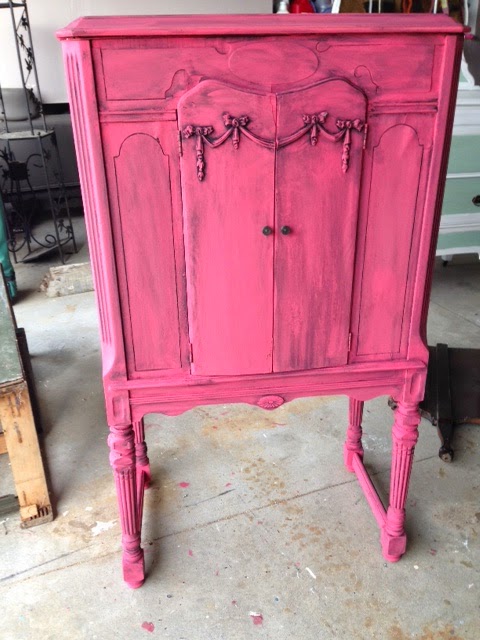 I finished it with a black glaze. 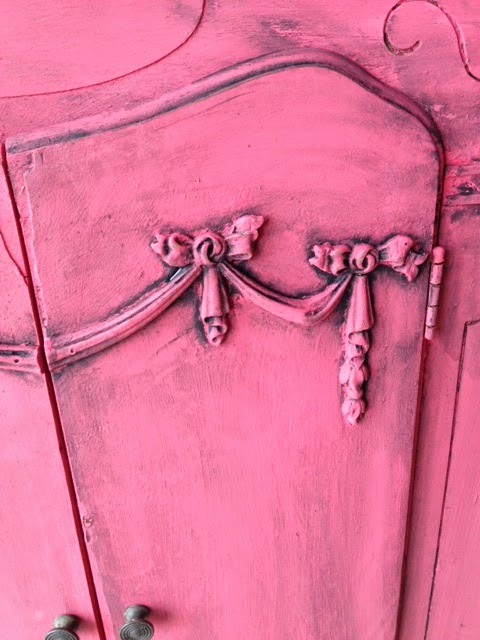 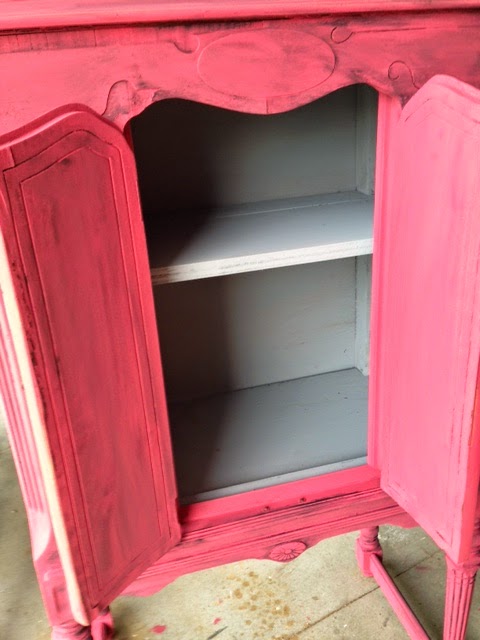 I also added on a new back also painted grey.  This would make a great storage piece for pretty much any room in the house.